Currency in Bulgaria, Croatia, Hungary, Egypt or Dubai: What to pay with? 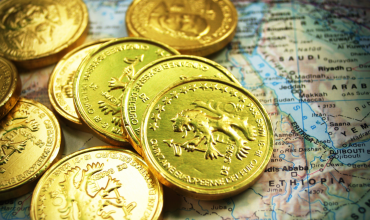 The Czechs travel to these and other destinations regularly, but what is the local currency, they often do not know. What to pay with in Bulgaria, Croatia, Hungary, Egypt, the United Arab Emirates and other countries? And will they also accept the euro or the dollars?

What is the currency in Bulgaria?

You can find a Bulgarian lev in some Czech exchange offices, but it’s not a regular occurrence at all. The rate in Bohemia is usually not very profitable, and it is worthwhile to exchange the crowns for the Euro on your way to Bulgaria, and then exchange it for the Bulgarian lev. In Bulgaria, sometimes you can pay with the euro , for goods in shops and services, but it is more often than not that only the Bulgarian lev will be accepted.

What do you pay with in Hungary

The Hungarian Forints are easy to obtain in Czechia, for exampel in our XChange Grossmann exchange. If you exchange your money in Hungary, always look for an advantageous exchange rate. And just like in Bulgaria, rather exchange only in bigger currency exchanges. Just be aware that a paymentin Euros is not very common in Hungary.

In Egypt, the dollar, but also the euro, will come handy

Despite the fact that Egyptian pound is the main currency in Egypt, you will do the best if you exchange US dollars in the Czech Republic. You can also go with the euro. In Egypt you can exchange the two currencies safely in banks, hotels, exchange offices or ATMs. But if you come with dollars, you probably won’t need to exchange at all. With dollars, you will be able to pay almost everywhere in Egypt.

Into Dubai (UAE) take either dirham or dollar

What currency to use in the United Arab Emirates, for example in Dubai? It's the dirham, but you will not make a mistake, even if you arrive with dollars or euros . We exchange all these currencies in our exchange office without difficulties. You can also exchange euros and dollars at local currency exchange offices.

To Turkey go with the Turkish lira

In Turkey, you will pay with a currency called the Turkish lira. If you expect to that money will also be exchanged on the spot, pack some euros or dollars in your suitcase.

Since 1994, the official currency in Croatia has been the so-called kuna. You can pay with it everywhere -in food stores, on the beach and in the markets. Therefore, it is not necessary to take any other currencies with you. Perhaps only a few euros to pay in Austria or Slovenia for example for toilet at the gas stations on your holiday trip .

Poland, Norway, Sweden, Russia, Israel: Which currency to pay in other destinations?